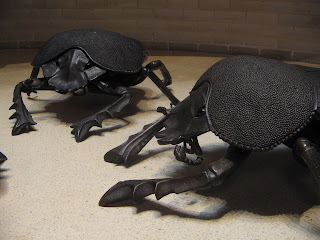 Sat in Euston train station waiting for my train back to reality, already I have been jostled on the tube but my mind is dwelling on the events of the past few days. It all began on Saturday as I, anxiously, took the train from Birmingham to Cambridge for the first Crucible (http://www.nesta.org.uk/crucible/) lab. There I met 30 young scientists from a huge variety of disciplines. Our initial afternoon, in the first warm sunshine of the year, was packed with 3min slots where each of us gave a snapshot of our lives and research. At dinner I got to know Jim as we discussed films and books, amazed to discover new ones from our overlapping likes. A late night in the pub was followed by an early morning start for discussions on interdisciplinarity and the media. Again a spectacular dinner, with Viv doing a pseudo-ballet on the government offices involved with science and scientists. Another late night followed by an even earlier morning as we travelled down to London to meet at Portcullis House with policy makers, influencers and MPs. Another jam packed day. At the close of our meeting we walked down to the Institute of Chartered Engineers where we were having dinner. As we arrived to a room already thronged with people I was taken aback. After our cocoon over the past three days we emerged into a sea of people. After speeches we set about talking to many people around the room. Becky and I sought out the black suited gentlemen, who were so attired as they had just come from work. The time flew by and it seemed dinner was upon us too soon for my head but just on time for my stomach. At dinner Viv showed her flair for getting to know us in just three days and I think we were all sorry to hear that our fairy godmother won’t be with us in Edinburgh or Cardiff. Relaxing with Ally, Chrissy and Jamie we all said how amazing an experience it had been and that we couldn’t wait for Edinburgh, though sometime to digest the events of the weekend are definitely necessary. To the Royal mile in a couple if month’s time!

(The wonderful beetles are from New Hall)

Posted by laughing snail at 4:17 pm No comments: Links to this post

I've just finished watching 'the man who cycled the world' on the iPlayer - an amazing documantary about Mark Beaumont who cycled from Paris around the world and back to Paris, 18,000 miles in just 195 days!!! Pretty spectacular stuff, check it out at his website.
Posted by laughing snail at 4:35 pm No comments: Links to this post

Congratulations to Vicki and Seb 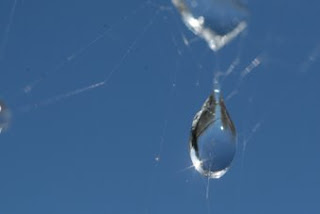 This morning outside my window the world had turned white. Without a thought I donned my out door gear and walking boots, grabbed my camera and headed out. It was beautiful and I couldn't resist nipping down to my favorite spot to see what the cobwebs were looking like. Lots of snow and ice were clinging to them and I thought this picture was particularly nice. I'm using it to say congratulations to Vicki and Seb who got married yesterday!! Both bride and groom were looking lovely and thankfully it only started snowing in the night. Lets hope it hasn't caused extra trouble for Terminal 5.
Posted by laughing snail at 12:07 pm No comments: Links to this post