At the Hay Festival 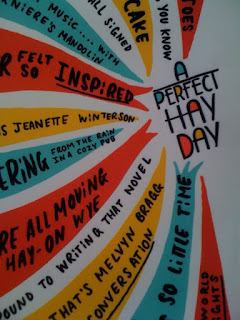 We had a fabulous day at the Hay festival! We got up early and drove down so that we got there for elevenses (Bara Brith) and plenty of time to browse around the bookshops. I found a couple of 200 year old books!! Then after a light lunch we wandered back to the festival site for Marcus de Sautoy's talk about maths. Afterwards we did the Arts trail, doing some kirigami, seeing the amazon in 3D and even hearing opera in a shed! Then we heard Micheal Jacob's talk about the Andes, in a rather eccentric & eclectic manner before heading home again, fuelled by Welsh cakes.
Posted by laughing snail at 7:57 pm No comments: Links to this post 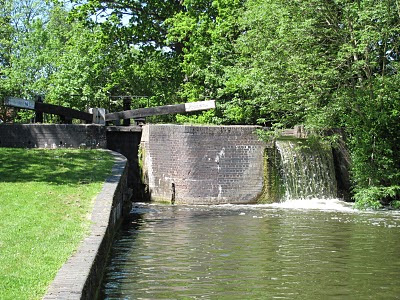 A heat wave! And so we went for a peddle down to Hatton, returning along the canal cycling up numerous locks, and past this one cooling the air with a little water spray.
Posted by laughing snail at 8:18 pm 1 comment: Links to this post

Elephants on the South Bank 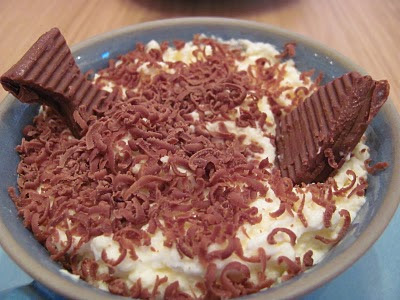 We've had a fabulous weekend enjoying lots of really good food. Here is our fish pie - chocolate mousse topped with whipped cream with a hint of Talisker. We made some little moulds for fish shaped chocolates on the top!
Posted by laughing snail at 9:07 pm 1 comment: Links to this post 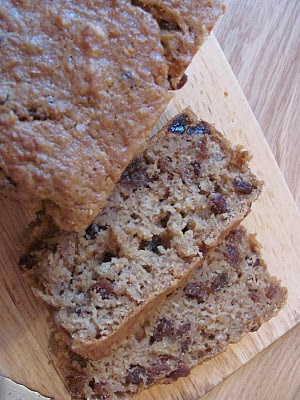 A recipe gleaned from a parents evening that S&J went to for their son Thom. Its very yummy with a nice sourness from the apple and a very clean taste.

Put oats, sugar, apple juice & olive oil into a bowl, mix and leave 15 mins. Then add the flour, sultanas, spice, baking powder & egg. Mix lightly, spoon into a loaf tin and bake at 180°C for 45min. Cool and then eat!
Posted by laughing snail at 5:35 pm No comments: Links to this post 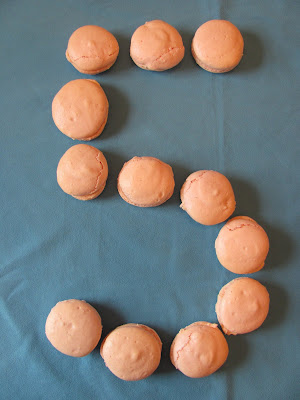 On Friday this week my blog will be five! I can hardly believe the time has gone by so quickly. So I have been thinking what I should make - may be these macaroons? (3 medium egg whites whisked with 60g caster sugar and then folded into 100g ground almonds and 140g icing sugar, baked at 140°C for 15min, and sandwiched together with butter icing).
Posted by laughing snail at 3:55 pm 2 comments: Links to this post 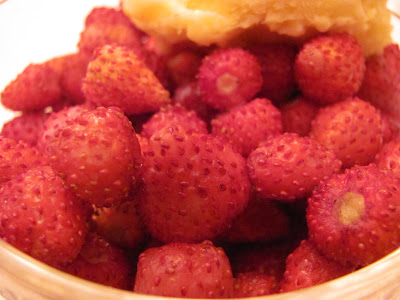 I was in Rome last week for a couple of days for work, but we managed to get in some brilliant dinners, both near the Pantheon in the very centre on Rome. I discovered, thanks to our Italian hosts two new grape varieties - Refosco dal Peduncolo Rosso and Greco di Tufo, a red and a white respectively. Both very yummy! And of course its already strawberry season in Italy so I had a lovely big bowl of the wild ones - the fragoline!
Posted by laughing snail at 3:51 pm No comments: Links to this post 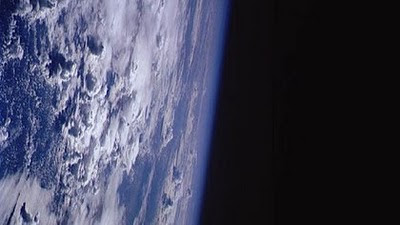 Do you know a budding you scientist doing their A levels? Would they like to win a trip to accompany us to NASA Ames and see a rocket launch in the Black Rock Desert in Nevada, and help us with our experiments? Go to the NESTA-NASA link here!
Posted by laughing snail at 11:30 am No comments: Links to this post

Email ThisBlogThis!Share to TwitterShare to FacebookShare to Pinterest
Labels: rockets 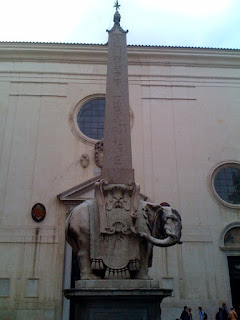 Posted by laughing snail at 7:03 pm No comments: Links to this post 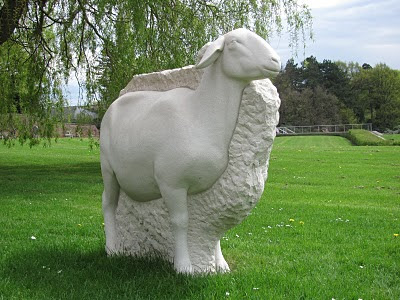 So we did indeed head off to Fountains Abbey and Studley Royal which is a world heritage site. We wandered down to the the ruined abbey sheltered in a beautiful sheltered valley. The abbey was built in 1132 and must have been a sight to see - even the ruins are enormous. Of course with the dissolution of the monasteries it came to an end, but there are still lots of buildings and beautiful tiles. A favourite spot was the cellarium, still with its beautiful vaulted ceiling. Walking along the river we saw myriad flowers - forget-me-nots, bluebells, wild garlic, cowslips. We went up to the surprise view at Anne Boleyn's seat and the temple of fame! Then of course some tasty chocolate cake overlooking the lake before retuning to the car and pottering through the hills to Brimham Rocks, where we tried out our bouldering skills. N then took me on a tour of the area up to Addingham and Ilkely and ending up at the Cow and Calf Rocks for a vast vista across the valley, liberally sprinkled with dry stone walls and emerald green fields in the first flush of spring grass. Back in Harrogate we went out for an early tea, hungry after our wanderings. We headed for the Chinese Royal Baths, where they had renovated the atrium to the Turkish baths for a restaurant. The setting was stunning and the food was pretty tasty too!
This morning we pottered into town for coffee and muffins for breakfast, checked out of the eccentric Majestic Hotel and then started our journey south. Near Wakefield we checked out Nostell Priory. I particularly liked the library and the butlers pantry - so well ordered! After rhubarb scones we pottered onto the Yorkshire Sculpture Park. It must be seven or eight years since I had been and it looked a bit different with a very modern and lovely visitor centre, but the Henry Moore sculptures were still resplendent in the country park. And there was this beautiful sheepie too. Having dodged the rain and hail successfully we headed home, for a rest!
Posted by laughing snail at 7:50 pm No comments: Links to this post 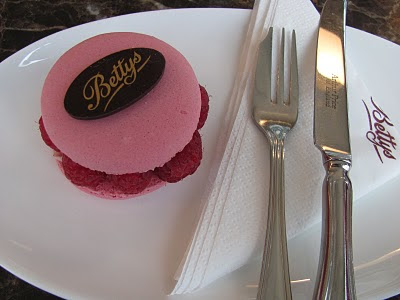 We came up to Harrogate on Friday night for a little relaxing weekend. N had booked us into the Majestic Hotel and as we pulled up I tried to imagine what this enormous building had been before a hotel - a hospital perhaps when judged from the outside, or may be a huge retirement home when we got inside - but it had been built in 1900 as a spa hotel. Our room on the fourth floor looks out over the lawns towards the old royal baths, and has a lovely oldy worldy feel with a giant bathroom with white tiles with little pink flowers on them all. Dinner on Friday was in the hotel itself, the menu was a delight but the room we dined in was something like a school refectory and though all the elements of the courses were wonderful the execution and presentation were somewhat peculiar. N said it was like the chef had read some great books about cuisine but had never actually seen anything!
In the morning we went for a potter into Harrogate. Breakfast was had at Cocoa - free delicious danish pastries with every hot drink (strawberry tea for me) and good bacon butties! After a little browsing we decided to walk up to Harlow Carr, stopping at Cupcakes by Charley for blueberry cheesecake and chocolate orange cupcakes on the way. It was a super walk up Cold Bath Road (named after a spring with really cold water that was good for the eyes - I wonder if the Coldbath Road in Brum has the same claim to fame!). We past lots of beautiful houses and trees in blossom. At Harlow Carr it was Tulip Madness! We walked down to the lower garden, past the willow whale to see a drum band filling the air with fabulous music. Then up to the log maze and past the logness monster and back to the tulips at the front.
Back in town we found some lovely looking restaurants for dinner and managed to book a table at the fantastic Drum and Monkey fish restaurant in the Montpellier area. So with some time to spare before dinner we headed off to the jacuzzi and sauna for a little relaxation. There were a couple of weddings going on in the hotel so when we went down to the bar later the place was filled with men in kilts and ladies in pretty dresses!! We went into town early and had a drink in the Winter Gardens too - it must have been a grand place to visit at the turn of the last century! Then on to the restaurant. We were greeted by the smell of fantastic food and were shown into a cosy front room to eat at a marble topped old cast iron sewing table with the drum and monkey looking down at us from the window. What a choice of dishes, it was hard to choose! But eventually N went for Niddledale smoked trout and then Malaysian fish brochettes and I had croustade of fish mourney and then monk fish with lemon and capers. These were all delicious and N nearly booked a table for tonight too! We were just about the last to leave as we lingered over our glasses of wine, too full for desserts too!
This morning we have been to Betty's tea rooms for breakfast. Bircher muesli, croissants with smoked salmon or bacon and cheese and the raspberry macaroon above! Fantastic!! And as the rain as gone off, it was only a light shower anyway, we shall go out and explore Fountains Abbey, Brimham Rocks and Ilkely.
Posted by laughing snail at 10:10 am 1 comment: Links to this post