The hats are out there!!! 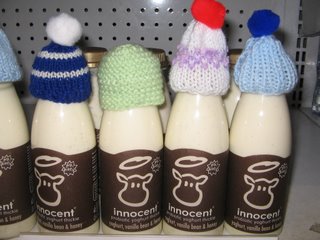 On the way to see James Bond last night (which is excellent!!) I popped into the Sainsbury's on Broad Street and was very excited to see these little woolly hats atop the innocent bottles!!!!!!
Posted by laughing snail at 10:36 am 2 comments: Links to this post 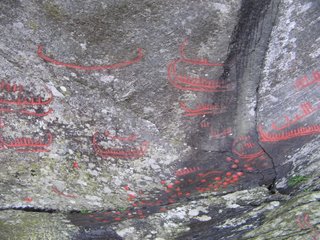 Following on in birthday style we all met up in Stavanger for the weekend. Dougal had planned out lots of visits and the picture above is from our first stop at the rock carvings at Fluberget. We also visited several glass makers which is always gorgoeus and ate like kings at Craigs kjokken and bar and at the oil museum restaurant Bolgen & Moi. Both did set menus and at Craigs we had the most delicious pumpkin soup with a smoked ham 'sausage roll', halibut on a cauliflower puree, pork loin on spinach with pasta and mushrooms, apple and bacon and sausages with pine nuts. To finish there was a light tiramisu with mandarin granita and lime marshmallows!! In the oil museum the starter was scallops with a tangy lemon hollandaise and then halibut on saffron rissotto with jerusalem artichoke foam (very yummy), duck with red cabbage and smoked aubergine puree (the fire alarm kept going off so may be they were smoking the aubergines in the kitchen!!) and finally creme brullee with strawberry sorbet! Wow!!!! Just as well we took a walk in the woods too!!
Posted by laughing snail at 11:50 am No comments: Links to this post 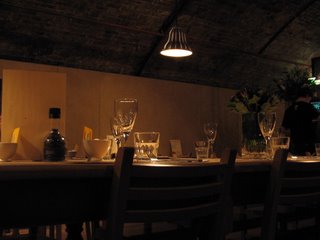 On Thursday I took the day off work and went down to London to spend the day with Mum as it was her birthday. We had a superb day pottering about, visiting the Cockpit arts open studios in the evening and then eating at Le Pain Quotidien down by the Festival Hall for dinner. It was simple fare but exceedingly good - tasty 'pot' and hearty chocolate tart and crumble!!
Posted by laughing snail at 11:39 am No comments: Links to this post 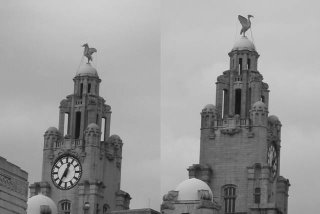 A trip to Liverpool for work and I got to pop out and glimpse the Liver birds at lunchtime.
Posted by laughing snail at 9:36 am No comments: Links to this post 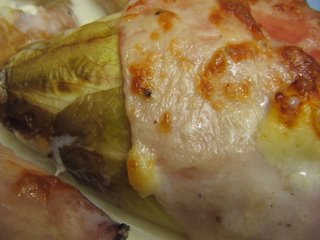 This is something I remember from when we lived in Holland, chicory (witlof) is used much more in cooking there. I simply wrapped the chicory in two pieces of ham and then covered with cheese sauce. Then cooked in the oven at 200°C for 10min covered in foil and then another 15min without foil.
Posted by laughing snail at 9:43 am No comments: Links to this post 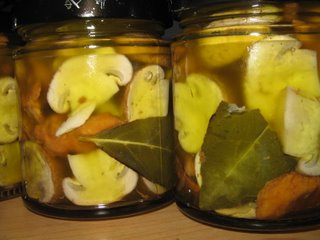 Back in August when I was leaving Italy I picked up a magazine on preserving in the airport. I have been trying ever since to get some exciting mushrooms to try out a little preservation, but it wasn't until last weekend that I found some girolles in Waitrose. So last night I set to with a mixture of chesnut mushrooms and girolles, the recipe called for porcini but these were the next best thing.

Clean the mushrooms with a damp cloth, leave small ones whole and cut larger ones in half. Heat a casserole containing the vinegar, a liter of water, the salt and pepper, the garlic segments sliced and the washed bay leaves. When a few bubbles break the surface add the fungi and simmer them for 5 minutes. Drain in a colander and cover them with a cloth and leave them to dry for a day. Arrange them in a jar, putting them with the cut side towards the wall, in order to optimize the space, and making sure not to break them. Tap on the work surface to remove any spaces and fill with the oil. Seal hermetically, wrap in cloth and arrange them in a pot, cover them with water, so that there is 4-5cm above the jar and sterilize them by boiling for 20 min. Cool them, then store them in a cool dark place. Leave them to rest for a month before opening them. They should keep for 8-9 months.
Posted by laughing snail at 10:21 am No comments: Links to this post 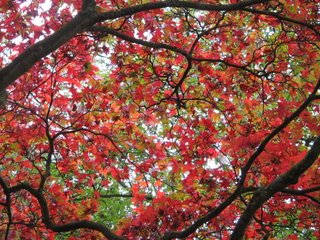 Posted by laughing snail at 10:30 am No comments: Links to this post